①Ordinary extendable wind blade trailers are a bit similar to lowbed transport vehicles, but the girder adopts a buckle box design. The girder is extended to adjust the length of the vehicle to adapt to the transportation of wind blades of different lengths. It is understood that the current domestic pumping The extendable-type wind blade transport semi-trailer can be up to 62 meters long.

②The big difference between the axial windmill blade trailer and the ordinary extendable wind blade transport is that the chassis adopts a hydraulic axis design, so that the vane truck has a lower cargo deck and more flexible steering.

③Lifting blade transport semi-trailer refers to a blade transport vehicle equipped with a hydraulic lifting device, which is mainly aimed at the transportation of blades in mountainous areas. In the case of flat roads, the blades are transported flat. In the case of extremely small turning radius in mountainous areas, raise the height of the items carried by the lifting device (usually 5-10 meters), shorten the length of the vehicle and bypass obstacles.

In this design structure, the wind turbine blades are fixed on the adapter. The special thing about this trailer is that the adapter is customized for the blade.

This means that it is unlikely to be used for other functions. If you only need to transport wind turbine blades, then it is the trailer you need.

Although it is usually made of the best materials with sufficient yield strength, its customized blade design may not make it suitable for other types of loads.

These type of trailers are used to transport turbine blades on mountain roads and curved roads as well.

Because of the fact that extendable trailers are too long, when it comes to a mountain road, it is hard to steer hence the need for the special blade trailer.

The design is made in such a way that the blade adaptor can lift up and down making it easier for the trailer to steer easily.

The wind blade transporter consists of a tractor, a cargo platform, an axle, a suspension system, a support device, a steering system, a braking system, and an electrical system. The overall size of the windmill blade trailer transporter is 24150mmX3000mmX 1650mm; it is equipped with tractor drive, the axle is 6 axles, and the hydraulic cylinder lifting suspension system is used for lifting amplitude greater than 400 mm; the hydraulic system working pressure is 16 MPa, and the cargo platform adopts cylinder steering. The large turning angle of the ant is 45°, the cargo platform is a modular cargo platform, and the cargo platform can be combined longitudinally; the semi-trailer adopts a dual-pipe air-cut brake system, and is equipped with a hand brake device, which can be parked independently by a supporting device.

The seamless steel pipes are distributed in a truss shape. The purpose of welding seamless steel pipes is to increase the rigidity of the cargo platform and reduce the amplitude of the up and down vibration of the cargo platform during driving. Because the cargo bed is long, the turning radius of its driving is large, and the passability is not good. Therefore, in the no-load state, the front cargo bed and the rear cargo bed are directly cross-connected to improve the passability of the whole vehicle.

The size is reduced, the cargo platform is lowered to the lowest, and its lifting stroke is 400mm. When driving, it can adapt to the uneven road surface through the telescopic movement of the cylinder. In addition to the functions of lifting and leveling of the whole vehicle, each suspension, more importantly, the expansion and contraction compensation function of the hydraulic cylinder ensures the uniform load of the wheel set during operation and avoids slipping, so as to adapt to uneven road conditions and maintain safe operation reliable.

Platform of the 6 axle extendable trailer before extended

The push and pull force of the cylinder piston rod acts on the central bogie and horizontal The pull bar, the transverse steering arm, the longitudinal steering arm, and the longitudinal tie rod realize the steering of the whole vehicle, and the maximum steering angle is 45°. It should be noted that because the overall dimensions of the vane transporter are nearly 62m long and the turning radius is large, it is necessary to slow down when encountering special road conditions such as bends and narrow roads, and require specialized personnel to operate at the rear of the vehicle. The steering valve handle realizes manual steering.

The load carried by the frame of the blade transporter is more complicated during the driving process. In summary, there are mainly bending loads, torsion loads, lateral loads and longitudinal loads. Among them, the bending load is mainly generated by the mass of the frame, on-board blades, support devices, etc. under the action of gravity; the torsional load is generated by the asymmetric support of the vehicle body caused by the unevenness of the road surface.

As a comparison calculation, the static maximum possible torque can be used, That is, the limit state of a front wheel hanging in the air or the simulation of a wheel riding obstacle; the side load is mainly generated by the centrifugal force when the car is turning; the longitudinal load is due to the inertial force of the car when accelerating and braking And produced. According to the actual driving situation and operating environment of the transport vehicle, the following two typical working conditions are selected for calculation.

The first is the bending condition, that is, when the car is running on a level road when it is fully loaded, it simulates the normal running of the car on a straight and good road at a constant speed. At this time, all wheels are in the same plane, and the frame is mainly subjected to bending loads. The second is the bend and torsion condition, that is, the situation when the car is fully loaded on the uneven road, which simulates the situation when the vehicle is driving on the uneven road. Under this condition, the left front wheel of the first axle is suspended, and the other wheels remain unchanged in horizontal plane.

You can download video, you can learn about different types of windmill blade trailers (like 6 axle 62 meters /4 axle 56 meters extendable trailer, windmill blade adsptor). And the process, testing, packaging and customer feedback, etc.

come and follows us

About Us Case Technology Video 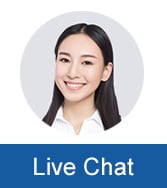